The world of drug law is like every other aspect of American life when it comes to technology. You'll encounter a lot of it. Drug crime lawyers often see police claim they have evidence based on some form of chemical analysis, for example. Likewise, many drug cases start with probable cause tied to technologies like radar guns, video surveillance, and shot spotters. Drug crime attorneys will encourage their clients to consider these three things to help refute evidence from these technologies.

Never Do the Cops' Job for Them

The first order of business is to never assume the technology has caught you. Even if the cops claim they have irrefutable proof, avoid telling them anything. Invoke your right to remain silent and stick to it.

Make the Police Disclose Everything

Before the state can bring you to trial, they have to do several things. First, they have to explain to the judge why a cop charged you in the first place.

Suppose the cops pulled you over based on a radar gun reading. You have the right to learn what sort of radar gun it was, how the cops maintained it, and if there were any recalls. Similarly, a lawyer can research whether there are other cases where the device performed poorly. If the cops had a faulty reason for pulling you over, your attorney will likely ask the court to dismiss the entire case.

When it comes to any piece of evidence the prosecution might use, you have the right to question its source. If the cops took a blood sample, you have the right to question whether they had a valid warrant. Also, you can learn what the test was and how it's supposed to work. Ultimately, drug crime lawyers hope to use this information to exclude key pieces of evidence.

Another approach is to question the science underlying a technology. With the advent of sound and video analysis technologies, this is becoming a more common defense. If the police claim a system detected audio of gunshots in an area, you have the right to learn what the technology was and see who logged the information.

More importantly, you can file a Frye motion to ask the court to assess the scientific validity of the technology. If a manufacturer claims its tools can identify criminal activity, a lawyer can make the state prove it with expert witnesses. Also, you can ask expert witnesses to refute the claims. If the motion succeeds, the judge will exclude the evidence.

If you are in need of a drug crime attorney, be sure to contact a firm like Epstein & Robbins for more information. 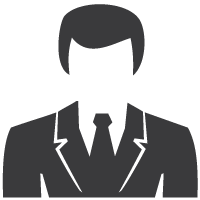